To celebrate International Women’s Day, I sat down for a ‘virtual roundtable’ with three of Causeway’s new executive hires to get their thoughts on this important occasion.

As leaders in the tech and construction space, these inspiring women are in unique positions to offer insights into how far we have come and how far we still need to go.

In the second of three articles, we talk about empowering people and moments, the importance of women in senior roles, how diversity of thought creates more productive organisations and societies, and more.

Causeway is my first job as a graduate. I’ve been here just over three years and seeing women like me succeed at my place of work is empowering.

Were there any empowering events or moments in your life that stood you in good stead?

Emma: “There’s no specific moment in my life because I was told that I could do anything I wanted. That might have made it harder because now I’m a bit afraid to fail, probably as a result. I’m thinking, “they told me I could do anything, why isn’t this working?”

I’m always impressed when I think of my mother-in-law, a very young single mother who brought up a son on her own at just 17. She managed to study at university, send him to private school and do all those vital things.

But these moments came later in my life. I look back and think, “crumbs, how did she achieve that?” instead of starting out, looking up and feeling empowered.”

Rachael: “I found it inspiring when I saw people from my background succeed. When I entered university and then Accenture, there were a group of people who thought that experience was par for the course. That’s how the world worked for them. Kids who went to private school or kids whose parents got degrees, or kids who grew up around lots of role models who worked in business.

I remember realising for the first time, probably when I went to my Accenture interviews, that people from my background could do this. I found more role models in people who succeeded despite their background, rather than their gender specifically.”

Emily: “I dreamed big as a kid. In my eyes, nobody is different, and you could do whatever you want and achieve your dream. But the reality was slightly different when I entered the workplace.

In the early stages of my career, I felt the pressure to behave differently to fit in. But looking back, If I could do it again, I wouldn’t do the same. It’s simply not right.

If a company asks you to behave differently in order to do your job, then you should wonder if that’s the right place for you.”

Jobs must be measured on merit rather than your background, your skin tone, your gender or your personality. It’s just wrong to do otherwise.”

You’re now working in what are known to be two male-dominated industries – construction and technology. How important is it for businesses to have more women in senior roles?

Emily: “It’s crucial that companies have different perspectives, from the board to senior and middle management, to all employees.

Research shows that by introducing diversity, the company’s productivity will increase by roughly 20%. Financially, if you look at the long-term value to shareholders, the returns are higher than single-minded organisations.

Causeway has recently hired three women to upper management and that’s a positive sign that the company is embracing different perspectives. We were not recruited because we are women but because we are right for the job.

This is encouraging and it demonstrates that the glass ceiling is starting to crack, and it will be fully broken soon.

As long as you continue to do your job well, stay true to yourself, and stop trying to fit into the environment because “you’re different,” you should be rewarded fairly and be promoted to the right level.

There are invisible boundaries, but we will work hard to break through them over time.”

Rachael: “I agree entirely. It’s about the diversity of thought and perspective. Being a female in the room is a pretty blunt proxy for that and I hope the conversation evolves to be more encompassing.

But at the very least, the first step in getting diversity of thought and all the benefits that come with it, like innovation and better decision-making.

Over time you hope that the conversation continues to evolve into ethnic diversity, diversity of sexuality and life choices, and more. But we’re still at basecamp in trying to achieve diversity of thought.

For me, International Women’s Day and equality for females is the very first step in creating better and more productive organisations and societies.”

Emma: “When I started at Accenture, it was very male dominated, and they had just started talking about bringing in better maternity policies. By the time I left eight and half years later, there were lots of female partners and a gold standard maternity policy.

The people that I aspired to were in the senior and upper manager level, rather than partners. Some of them are still there today as MDs, who had their children, went back to work and have been very well supported. Also, one of them has just moved on to be the CEO of Salesforce UK.

Those were the people who challenged and tested when I was on the ground as a new starter, and it was those people that I looked up to.”

What happened with maternity leave when you first started?

Emma: “Back then, the consulting industry, particularly the big 4, lost lots of young women. We spent five days away from home. It suited me down to the ground because I wasn’t married and I didn’t have any kids. But being away for this long as a parent, not just a woman, is tough.

There was no conversation around paternal or shared parental leave. So, as a woman, how can you do that? Consulting haemorrhaged women in their late twenties and early thirties because that’s when people wanted to have kids

It always struck me as sad that these talented and bright women were taking secondary level careers just because they wanted children.

The people above me that challenged, opened the conversation and kept asking the questions around diversity and inclusion issues were, and still are, inspiring people.

Thanks for reading the second part of this fantastic conversation between three of Causeway’s new senior hires. Come back tomorrow to read part three, where we discuss the past years’ challenges, some unexpected positives, and advice on progressing in the workplace. 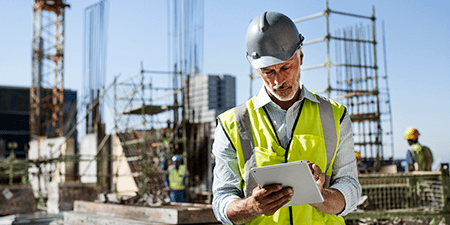