On Tuesday 18th of June 2019, Causeway invited members of their CATO and Estimating user community to the RICS headquarters in London to form an Industry Steering Group.

The forum offered a unique opportunity for delegates to shape the development strategy and roadmap for the CATO and Estimating product base, whilst also serving as a platform to openly discuss the wider challenges facing the industry. The agenda also touched upon the role technology will play in reducing waste and inefficiency in the construction industry, as Causeway seek to better understand how software providers can help to bridge the productivity gap.

Michael McCullen, EVP of Causeway’s Bid Solutions, introduced the forum by outlining the key objectives of the day, which centred on identifying key market and industry trends, and how Causeway can help their customers to anticipate real world requirements through exploring the application of new technology.

Michael went on to discuss Causeway’s vision for a new digital platform, which looks to make it easier for construction companies to do business through tools that automate processes and empower smart decision–making, including the use of real-time data.

James Fiske, Director of Delivery and Operations at RICS, was next to address the Steering Group and began by outlining the state of data and technology in the construction industry today. With reference to the McKinsey & Company report, ‘Reinventing Construction: A Route to Higher Productivity’, James discussed the industry’s comparatively low increase in annual productivity growth. With only a 1% increase in annual productivity growth achieved in construction over the last 20 years, the industry lags behind other industries such as manufacturing. James urged that the industry must work as a collective and look at data and technology as a means of bridging this gap.

James continued to then map out the key role that data will play in this transformation, especially in terms of benchmarking projects. However, the availability and consistency of data within the industry poses a huge challenge given that data is very rarely available, and when it is, it’s largely incomparable on a like-for-like basis. James went on to touch upon the various initiatives RICS are leading which aim to standardise data across the construction industry, such as, ICMS and IPMS.

James moved on to discuss the way in which the role of quantity surveyors is changing, and is doing so at an incredibly rapid rate. Drawing upon the RICS Future of Profession report, James highlighted the following quote:

“As data and technology drives new business models within the profession, holding onto our old ways of working is becoming increasingly difficult. No longer can we expect business-as-usual to satisfy our clients”

Using the quotation as a springboard, James emphasised his belief that the role of the quantity surveyor isn’t disappearing as a result of technology, but does need to evolve. James urged participants to push the profession up the value chain, spending less time measuring and calculating and more time on value management/engineering. As James’ presentation drew to a close, he warned delegates that this change is here and now: no longer can we talk about the future as a distant, far-off subject. It’s here now and this is the industry’s opportunity to embrace it.

Following James’ presentation, Causeway Bid Solutions Advisor, Steve Pittard, delved deeper into the realm of data and began by drawing on the impact of BIM. In spite of the disputed success or failure of the BIM mandate, Steve highlighted that it was pivotal in encouraging the industry to start thinking about the holistic cycle of data in projects. Whether you’re using existing data to inform a new project, or capturing information around a built asset, projects begin and end with data so it’s important to capture information throughout the entire lifecycle, so that it can be used to inform future projects.

Steve went on to discuss the importance of how that data is presented, he outlined: “there’s real opportunity here to take on some of the things we learnt from BIM about information and make it practical”. It’s essential that data is surfaced in a way in which it can be more easily consumed by others, adding value to the bigger picture.

Steve then introduced Focal 365, a product that was recently acquired by Causeway. David Rickwood, Product Owner at Causeway, demonstrated how the tool pulls data from various different data sets into an easily-consumable view, which makes sense and brings context to a consumer. The tool also allows you to freely manipulate what data is surfaced, and how it is presented, allowing you to tailor the view for different audiences. As the demonstration drew to a close, delegates touched upon how this technology could be used within the CATO and Estimating products to transform the traditionally static view of cost planning and estimating.

Ian Badhams, Product Owner at Causeway, was next to address participants, providing an overview of the work Causeway has been doing to understand the primary pain points facing the industry. Following numerous interviews with various stakeholders across the construction industry’s supply chain, the following were the most common challenges:

Ian then went on to discuss how Causeway proposes to address these challenges in their new digital platform. As Ian’s presentation came to an end, his session was an apt pre-cursor to the roundtable discussion as delegates continued to address the challenges facing the industry. Inevitably, Brexit was the first challenge to be raised.

Whilst there was an acknowledgment that Brexit hadn’t yet definitively slowed the market down, the general consensus was that clients were not committing to full projects, and instead committing to stages of projects due to the associated uncertainties. Indeed, across the room it seemed that the largest single concern around on Brexit was uncertainty, with many wanting a resolution – either way - in order to better plan their strategy to cope with the aftermath.

Another area of ambiguity around Brexit was the UK’s ability to continue trading with European partners, as delegates discussed the potential impact on tariffs if we do exit without a deal. Participants in the room debated where materials would be coming from, given that millions of pounds worth of those materials are currently sourced from the EU. This raised further concern around projects, given that an organisation could be part-way through a project when Brexit is triggered. If the strength of the pound wavers as we exit Europe, materials such as cladding could escalate in price very quickly, creating further uncertainty and challenges for accurate cost prediction.

As the discussion continued, delegates began to consider BIM, with most arguing that BIM isn’t yet providing value to clients, leading to the question “who benefits and who pays?”. This largely seemed to be a result of clients not fully understanding the benefits of BIM, and are therefore only seeing an extra cost without realising any tangible benefits. The discussion then progressed as we looked to understand whose responsibility it is to educate those clients; with most agreeing that it’s a wider role for everyone in the industry to play their part in, to ensure the industry continues to move forward.

Another recurring problem across participants was the lack of technology adoption in the industry. Despite technology moving on and the supply chain maturing, the construction industry remains very traditional in its labour intensive processes and procedures with many organisations using technology as a quick fix, rather than a strategic enabler to unlock “value”. Many in the room saw this as largely due to technology residing in back office IT departments, which are often disconnected from where the tech will be implemented on the front line of construction. Similarly, there was general consensus that largely the full benefits of technology are not being realised due to lack of awareness and training, further highlighting the disconnect between IT and front line users. One delegate commented:

“I love the construction industry, but it would be good to see it be more progressive so that all the technology we have now is used as an enabler at the beginning, rather than a fix”

The conversation then came back around to feedback, resonating with the pain points Causeway had uncovered during their discovery interviews. The lack of feedback is probably the single biggest complaint from subcontractors, typically winning only 1 in 10 jobs on average. One delegate likened it to “operating in a vacuum, as you put in a bid with no guide price. We have no idea if it’s where it needs to be”. The lack of feedback in the industry also means that countless hours are wasted on chasing feedback, as unless it’s chased, subcontractors will very rarely find out why they didn’t win the bid so cannot improve on future bids. An automated feedback system would greatly improve productivity, and would help subcontractors provide better, more informed tenders.

As the day drew to a close, it was clear that despite the many challenges facing the construction industry today, the industry has remained resilient in the face of Brexit, and is ready to innovate where there is opportunity to drive out inefficiencies and add value. The event was hugely beneficial in aiding Causeway to further understand the challenges customers are facing, whilst also providing a valuable guide to inform the next generation of Causeway products as we continue to seek solutions that support our customers in anticipating market challenges and bridging the productivity gap. 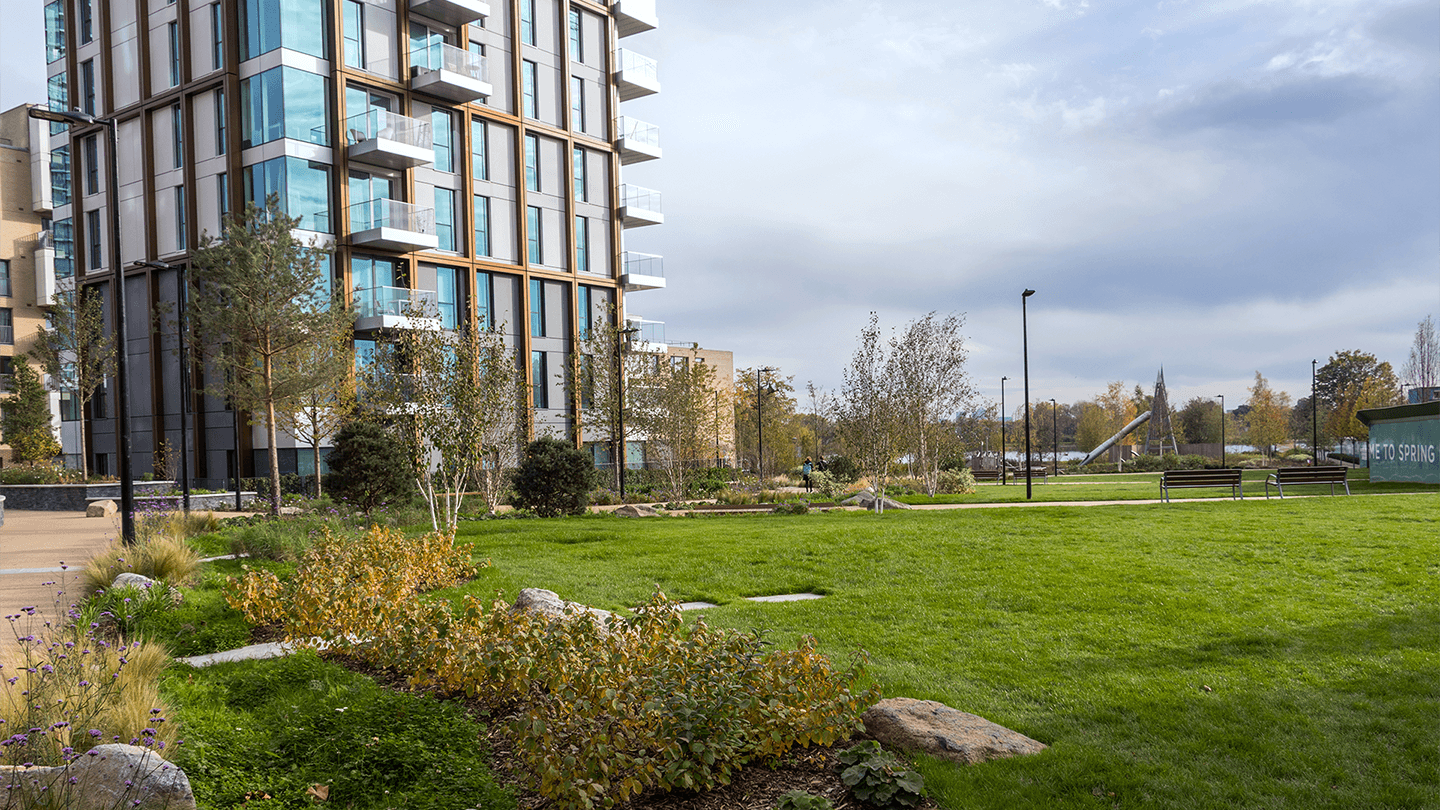