As with the previous event, this forum was designed to bring together a diverse range of construction industry stakeholders and facilitate an in-depth discussion around their experiences, successes, challenges, best practices, and any opportunities for collaboration in relation to Tradex.

To achieve this, we delivered the event in a round-table format, enabling everyone from suppliers and plant hire providers, to main contractors, service and maintenance providers and house builders to openly share ideas about the the Tradex platform, best practice, and the functionality they would like to see introduced moving forward.

To drive the best results from the forum and spark insightful conversations, we invited three panelists to speak through the central role Tradex plays in their respective organisations and  the benefits they have derived from the platform. Below is a summary of each of these panels and the resulting discussions.

The first of the panels was hosted by Frank McGrory and Shaneem Waddell of The Gap Group, the UK’s leading independent equipment hire company. With more than 130 locations across the UK and 8 divisions that each offer market-leading equipment, The Gap Group’s ongoing success to deliver a wide range of products through its re-hire function is predicated on its ability to effectively optimise catalogue procurement processes and supplier management. As a result, The Gap Group has been a long time user of Tradex for invoice sending, and attributes its ability to meet its current volume of rehire to Tradex and its “ease of use” .

Determined not to let logistics stop them from sharing their successes, the pair took to Skype to set the scene for the afternoon. Speaking on The Gap Group’s latest project with  Tradex, McGrory first detailed the challenges they have had to contend with. For instance, the company have had to demonstrate compliant process in relation to accrediting suppliers and with managing rehire processes effectively: Tradex is helping to alleviate these pains - amongst others - in a number ways.

First, managing catalogues, quotations, orders and invoices will allow The Gap Group to streamline its processes and benefit from operational efficiencies.. Also, as well as allowing them to manage their supplier accreditation processes within a single platform, Tradex is allowing The Gap Group to more accurately monitor and address supplier performance while storing and centralising information for each supplier.

Tradex has also added value in other key areas that are high on the agenda for the industry as a whole. For instance, integration between their ERP and catalogue has helped The Gap Group to minimise the duplication of effort that comes with labourious manual processes, internal silos, and disparate systems. There’s also the matter of analytics. Enabling supplier performance to be visualised graphically, Tradex has helped The Gap Group to demonstrate the value of requisitions and see categories of spend more clearly.

With the conversation naturally shifting from analytics to data, The Gap Group were keen to reiterate the importance of accurate data that is updated automatically in real-time, rather than uploaded manually. This is a key focus for the industry and was a central theme running throughout many of the day’s discussions. Speaking about PunchOuts specifically, delegates discussed what many in the industry see as a need for greater transparency in catalogues, as well as the challenges of fluctuating product costs. These discussions are best summarised in the two following statements:

“It would be good for the product and cost data to changed in both systems in real-time… Currently, supplier cost and data in catalogues stays fixed for an agreed amount of time.”

“Maintaining catalogues can be difficult [and while] PunchOut is a great solution, it does make comparisons difficult. It is in the constant change of catalogues and price data that the real challenge lies.”

The second panel was led by Joseph Selwood of infrastructure support service provider Amey, who explained the methods the company has been using to successfully onboard suppliers to the Tradex platform.

With Amey receiving 55,000 invoices each month, it is in the interests of both parties that suppliers join the Tradex community. Tradex has not only helped Amey reduce the number of missing invoices, but has also provided increased visibility across its 350 sites (that each like to control their own costs), as well as the head office, which requires visibility across the board.

To drive the necessary Tradex uptake, Amey initially approached their top 20 customers, onboarding them with relative ease. They have also had similar successes with the smaller suppliers they have approached. These smaller supplier, each typically sending 1-2 invoices per month, account for 4000 of Amey’s total suppliers. For both the top tier suppliers, and smaller suppliers, Amey has found that it is somewhat painless to complete the onboarding process. This has been evidenced by their recent uptake of 250 companies from the 300 they’ve recently attempted to onboard.

However, for Amey and many of the other participants in the forum, the main challenge lies in onboarding and demonstrating Tradex’s value to the “middle tier” of suppliers who do not send huge numbers of invoices or get paid particularly often.

Unlike their counterparts at the extremes of the spectrum, the middle-level suppliers often have complex systems, but are unwilling to pay for integration. While Tradex Active therefore sounds like the logical solution, many of these suppliers also see Active as being too labourious due to the volume of invoices. After some discussion on the topic, the forum arrived at  the conclusion that this is both a “cost and technical issue”, requiring organisations to find new ways to demonstrate the value of Tradex to prospective members. One way of doing this is through social proof, or in other words, onboarding a single middle-level supplier whose successes with Tradex can then be used to effectively demonstrate Tradex’s merits to similar organisations.

Another approach Amey has taken is to roll-out a microsite, provided by Causeway, to 500 suppliers and monitor the results. The microsite is designed to act as an environment where suppliers can view all the information necessary to make an informed decision on the value Tradex can offer them. This kind of dedicated microsite may include how-to guides, a summary of cost benefits, or general information about the practicalities of connecting to Tradex. With Amey’s microsite enabling organisations to easily begin the process of connecting to Tradex, it will be interesting to hear about the progress they’ve made with onboarding at the next forum.

Eventually, the talk of onboarding and suppliers subsided to make way for a discussion about the benefits and potential risks of introducing a payment status function:

“I’d like to see Tradex introduce a way of displaying the payment dates and the stage an invoice is at at any given time. The majority of service calls we receive are regarding queries about payment dates, so this would be excellent and would remove some of the complexity and inefficiency [we] face.”

“[Payment status] is a required function, but it has to be driven by suppliers and buyers.” While many concurred, seeing the value in being able to show auditable proof of confirmed invoice statuses or received queries, others raised their concerns about the viability of the function altogether. After all, would suppliers and buyers willingly share payment data to Tradex? Is there a risk in buyers sharing information regarding their intended payment dates? Is there a risk that frustrated credit controllers may disagree with given payment dates? As one delegate suggested, a more useful and practical compromise might be for organisations to only share information about the invoices that are available to pay, as well as their due dates.

With the conversation and debates flowing, the topic of discussion took yet another detour, seeing delegates briefly turn their attention the challenges of finding the right company contacts when e-invoicing issues and queries arise. Two of the more interesting ideas on this topic were for Tradex to either introduce Tradex ‘flags’ to be used on LinkedIn profiles, or to introduce a function that would provide users with a list of relevant contacts, categorised by remit or department, whenever they search for a company. However, there is then the matter of a potential GDPR noncompliance: this could, as one delegate mentioned, perhaps be circumvented by having a single representative listed within Tradex who, when asked, can arrange for the necessary contact in their organisation to get in touch with the user making the query.

After a well-earned coffee break, we returned to for the third session of the day, led by Wolseley’s Head of eBusiness Sales, George Brickwood, who focussed on processing documents with PDFs.

Wolseley has 125,000 customer accounts of varying sizes who each work differently. This, coupled with the fact that many can’t or won’t change the way they do things (because of funding or systems in place, for instance) means Wolseley must find ways to ‘make things work’ with their customers’ processes.

Despite this challenge, 20% of Wolseley’s transactions are now electronic, seeing 41 of their customers use their PDF solution for a combined total of 100,000 documents per year. In fact, Brickwood claims that it is actually ‘easy’ to onboard customers who are rigid in their processes because Tradex’s PDF solution doesn’t require them to do anything differently except change the email address they send documents to. It also allows customers to circumvent volume issues and to complete orders later without missing cut-offs.

Brickwood then briefly touched upon other topics before the forum broke-out into a number of smaller conversations around the need for the Tradex EDI platform and the challenges of defect management:

“Suppliers don’t want to have loads of EDI suppliers and have to manage all of their documents in different places.”

“If a PDF is rejected for being incorrect or an invoice is failed by business rules, it will bounce back to the supplier who might not necessarily know they’re on Tradex. Maybe there could be a PDF-only version of Tradex for these suppliers so they can be automatically notified of defects and don’t have to wait two weeks?”

After sparking various debates and ideas around PDF mapping and the future of Tradex, Brickwood concluded by reiterating Wolseley’s plans to push a growing number of customer accounts toward electronic transactions, with Tradex at the heart of these ambitions.

Panel 4: Causeway - What’s New, and What Should Be New?

The final of our guided sessions was delivered by Causeway’s very own Solutions Manager, Andrew Woolstone, who talked the delegates through a number of recent changes and imminent upgrades to Tradex including:

Andrew then set his sights on the future of Tradex, leading a discussion around what Causeway should be doing, and what we aim to introduce to improve Tradex further moving forward- this included:

Following the final session, the open forum began, seeing delegates share Tradex onboarding success stories, best practices for supplier management, and approaches to challenges that hadn’t been explored in depth earlier. The open forum also allowed Causeway team members to gather crucial feedback about the event, as well as suggestions for future forums. Following a unanimously positive reception to the event, format, and choice of venue, we at Causeway look forward to inviting Tradex customers to the next forum. In the meantime, we’ll take great pleasure in using the outcomes of this event to improve the Tradex platform further. 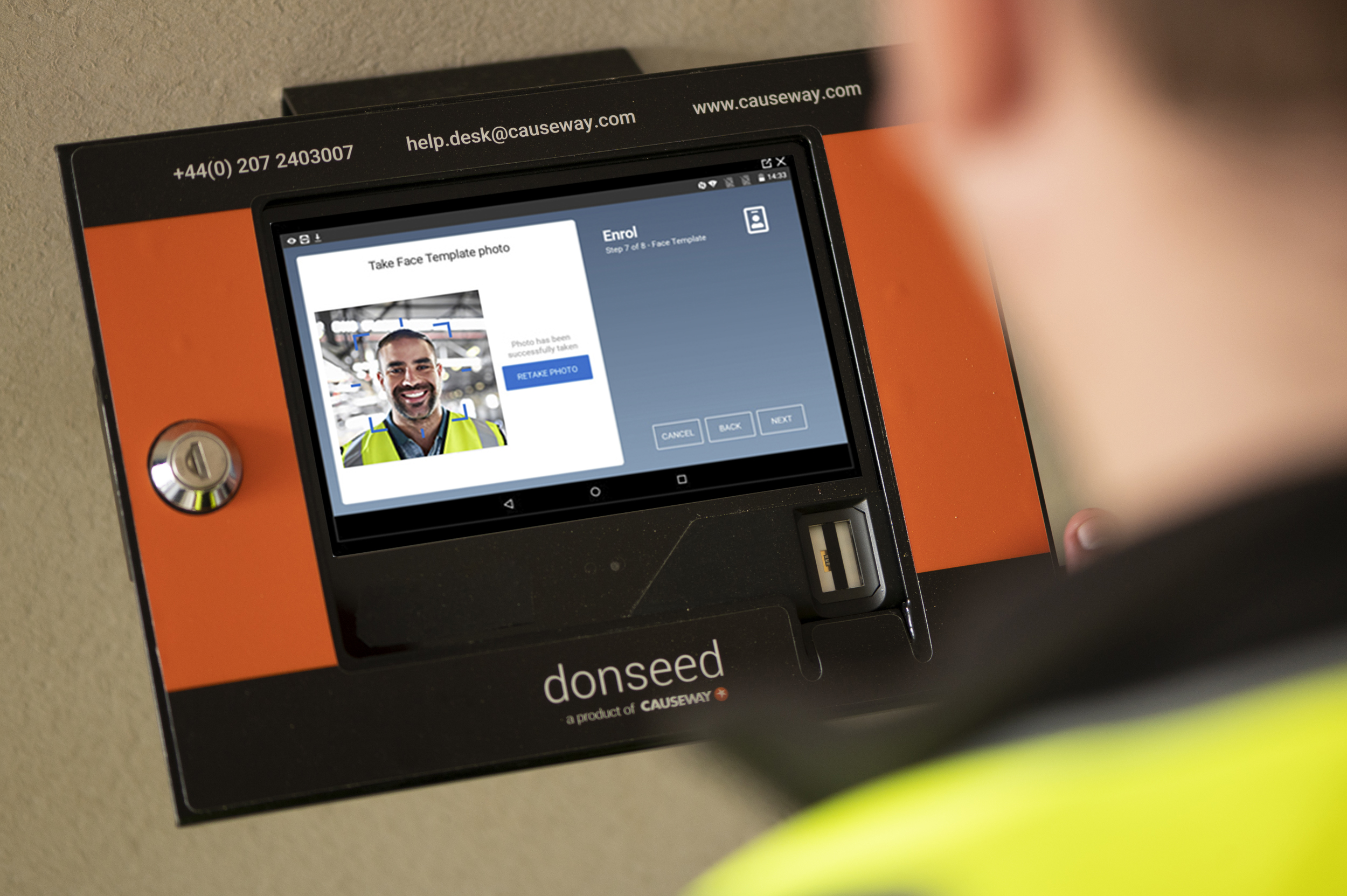 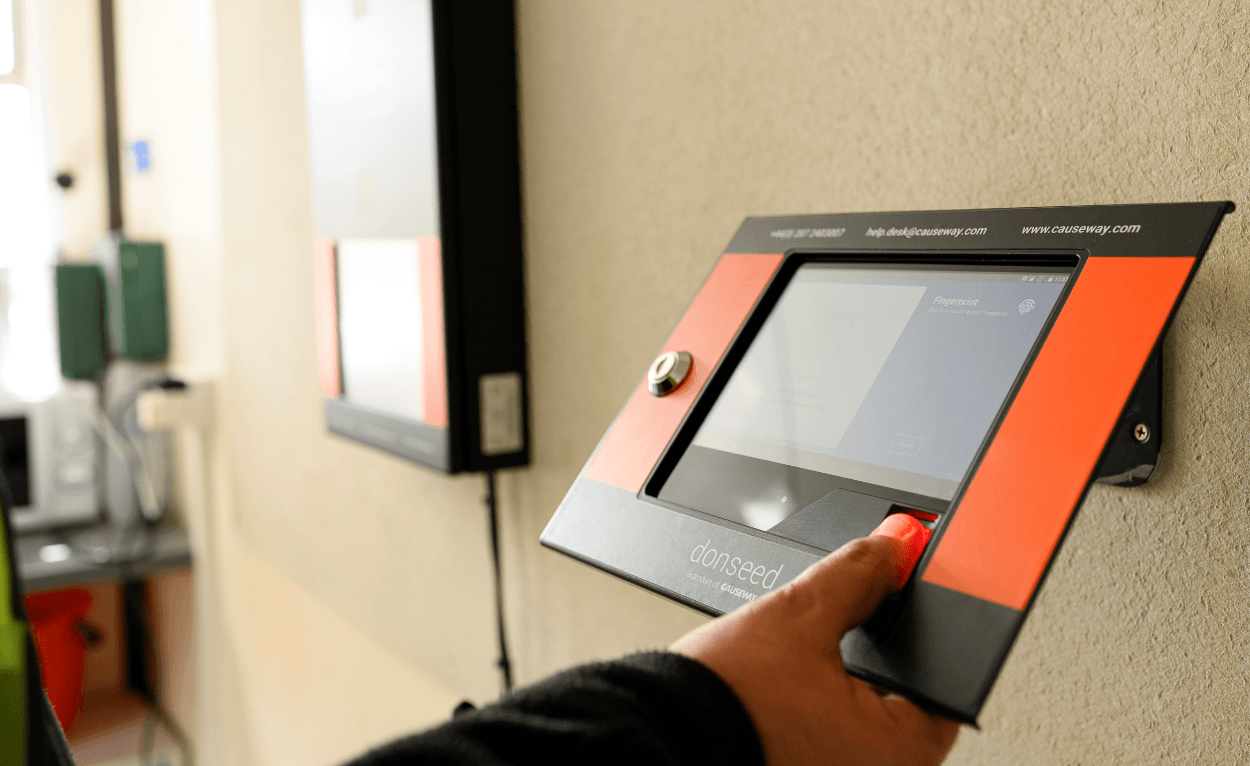